In the imagination of William Shakespeare, these were the words uttered by a mortally wounded Julius Caesar as he looked into the eyes of his friend, Brutus...Yes, not Craig Ferguson! It is not a reaction that I had to the news as I sat no more than 25 feet from Mr. Ferguson when he made the announcement that he was leaving his hosting duties on "The Late Late Show". Well, all right me and 149 other people, but the point is they all "ooohhh'ed" and "ahhhh'ed" but I didn't. I listened carefully as Mr. Ferguson rightfully predicted that on certain internet sites and even in walk-about life, some fans and foes alike would feel much like Caesar did: betrayed. Not necessarily stabbed, mind you, just betrayed by his leaving the show.
﻿﻿
﻿
By now there are two questions some of you may be asking yourself. Why didn't I "ooohhh" and "ahhhh"? And who the hell is Craig Ferguson? As to the former, I wasn't surprised by his announcement that after 10 years he is stepping down from "The Late Late Show" on CBS. He's made many thinly veiled comments lately about how ten years is a long time to be hosting a show and he's talked openly about how he is in negotiations to host a game show. I knooooow! A game show. As to the latter, I would hope that the link supplied above to the Wikipedia entry about the show...Wikipedia? What the hell?...which was written by several Ferguson fans apparently, would give the reader the rock solid foundation they needed to answer the question.

There's been quite the shake-up recently in the realm of late night network talk shows. Jay Leno over at "The Tonight Show" (NBC, 11:35pm) once again stepped down as host (as far as we know, but give it time) and Jimmy Fallon has taken over the job. Since Fallon was hosting NBC's "The Late Night Show" (12:35am), someone had to be found to replace him and that person was found in the form of Seth Meyers. Now NBC's entire late night talk show schedule is run by Lorne Michaels and his hybrids. Michaels' sense of humor now permeates the entire NBC late night landscape instead of just the 90 minutes to be found on Saturday nights.

Over at CBS, the recent news of long time host of "The Late Show", David Letterman, leaving in early 2015, meant that a new host had to be found as well. And Craig Ferguson wasn't it, but the thing is, he didn't want to be it! So, that is why, eventually, CBS chose Stephen Colbert to be it. What the hell? This is sounding like some grade school playground game. Significant pause. And maybe it is...
Craig Ferguson rightly ridiculed some websites as completely unconcerned with "the truth", so that is where one must wander to find whatever minutiae one may wander about. The point is, with Mr. Ferguson's announcement the shake-up at two major networks is now complete. Significant pause. Or is it...?

Whether or not anyone wants to admit it, there has been no major shake-up on any of the major networks' late night talk shows. As Mr. Ferguson has said himself, "a middle-aged white guy in a suit telling jokes on late night TV. Has it ever been done?!?" He was, of course, doing his oft-brilliant deconstruction of the late night genre, but essentially it is still the same! It's 2014 networks! What the hell? Unless CBS makes some bold move...pause for laughter...that Mr. Ferguson's replacement shall be...naw! Not going to happen. It's still going to be a plethora of middle-aged white guys in a suit telling jokes on late night TV.
﻿﻿﻿﻿
However, et tu Craig Ferguson, actually means he is not engaged in any act of betrayal, but he is simply one of many who has chosen to follow his bliss in a different way after ten years hosting "The Late Late Show". He has been unlike any current late night talk show host. His closest antecedent in the deconstruction of the format has been his boss, David Letterman, but his show overall reminds me of the great Ernie Kovacs.

Kovacs constantly did bits and sketches and monologues that mocked, experimented with and even challenged the medium whether or not anyone cared to notice. Maybe one could argue that Mr. Ferguson was not as grandiose in some of his visionary humor, but that may be due to CBS's miniscule budget or the fact that in and of itself CBS cares! At any rate, Kovacs was also a surrealist and whether consciously or not, Mr. Ferguson and his writers have used their budgetary restrictions to create characters and situations that can be described as Kovacsian. Without going into some long, boring and academically dry rundown of archiac knowledge about some comedian hardly anyone remembers or some other comedian that hardly anyone watches on TV, I'll point out three. These three always open up avenues to comedy and especially in the realm of late night talk shows, they are Kovacsian.

The gay robot skeleton sidekick, Geoff Peterson. Secretariat, who is not a horse. The band that never comes out from behind the curtain because they are too shy. And of course, "TV's Craig Ferguson". You will be missed, but as they used to say on "The Tonight Show", happy trails to you, to you all.


Gentle readers, I am a liberal, a leftist, a leftie, a progressive, a Wobblie, and fucking hell man, I've even voted for a few Democrats in my time. Yet, there is a problem. I'm not a conformist. And that has led to more than a few people giving me a quizzical once over when attempting to fit me in to their stereotype file cabinet.

Keeping in mind my first sentence, I'll tell you what fucks up people's perceptions by citing just a few issues (because I'm trying to keep this under 1,000 words). First example, Gun control. OMG, right? It's not that I don't think people should register their guns (like they do a car) or have a waiting period, but I do believe in the Bill of Rights. And right bloody there within is that damn pesky Second Amendment. The government should only be going as far as they have already when it comes to gun control, and when I speak out against certain proposed laws or (shudder) defend the idea that people should be able to own guns, then holy fucking cow, people think I might as well believe that the Earth is fucking flat!

Lastly, well, shit, this might come in under 500 words, and you, gentle reader, are really getting your money's worth! Yes, you! You know, the one that gave so much money during my little donation drive? # Hashtag sarcasm. Have I digressed? Of that I am not sure. For the slings and arrows of outrageous, well holy jebus, are these the recently found words of the Great Bard or have I, once again, digressed? Lastly, yes, lastly, it was. Lastly, man landed on the moon. I actually believed that happened. However, you'd be surprised how many liberals, progressives, et al, think that the moon landings were faked and directed by Stanley Kubrick. I know, what the flying fuck indeed? They get so bent out of shape when confronted with such things as, say, oh maybe, film footage shot on the fucking moon, that before you can say, "Uncle", they want to ship you off to a prison camp or fine your ass until the sun don't no more shine there - oh fuck! That's what they say about us "3%"-ers. Ultra dammit! I get so bloody confused sometimes and why hasn't anyone refilled my drink?

So, irregardless, gentle reader, ha(!), see what I did there? Made you sorta say, "what the fuck"? "Irregardless"? Yeah, so, irregardless that I am a goddamm hippie, liberal, coke snorting, progressive, Marx reading so-and-so...I believe in rights and things (because those were just a few examples) that make others, sometimes, question my Commie Cred, ya dig?

Email ThisBlogThis!Share to TwitterShare to FacebookShare to Pinterest
Labels: climate change, democrat, gun control, I, me, progressive, what the hell man, who, Wobblies 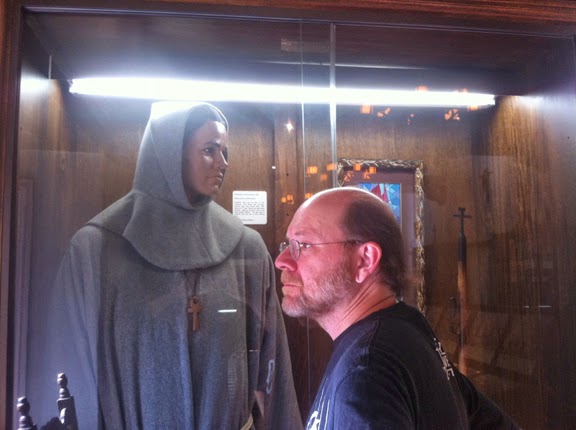 Email ThisBlogThis!Share to TwitterShare to FacebookShare to Pinterest
Labels: blog, donations, goal, Random Thoughts Of A Random Guy From A Random Place Up In The Sky
Newer Posts Older Posts Home
Subscribe to: Posts (Atom)