It would seem we are reading on websites and seeing even on the usually lame Mainstream Media (MSM) more and more lately how cops across the country have gone almost totally out of control. As if this is some new 21st century phenomenon. But, it is not. More people and news outlets have cameras and are simply exposing what has always existed in America: the dark underbelly of unbridled police brutality. A good analogy would be how there are more and more sightings of wild animals in populated areas. Why? Because the population has sprawled into and destroyed their normal hunting grounds.

Now, cops are literally facing the cameras they don't even know that are there. It pisses them off it would seem. Cops are not taking it lying down, employing their cronies in the legislatures across America to draft and pass laws banning citizens from filming the police. Who is working for who here anyway?

Today, a man in San Bernardino County saw San Bernardino Sheriffs' Department officers serving a warrant on a neighbor. Thinking the police were after him, he fled in a vehicle. Then, he abandoned the vehicle and was fleeing on foot in the rugged countryside. Then, he stole a horse from a group of people and fled on the horse. Police pursued with a helicopter and off-terrain vehicles. Eventually, they caught up with man and used a taser on the suspect and he fell off the horse. Police tasered the man again. What happened next was exclusively caught on video by a KNBC/Los Angeles helicopter as seen below.

As you can see, the suspect complies by placing his hands behind his back. That doesn't bloody matter as the cops go insane! They kick him in the head at least a dozen times and also kick him in the ribs and in the groin. When they are finally spent, the suspect lies motionless on the ground. As far as is known at this time, the suspect is still alive. 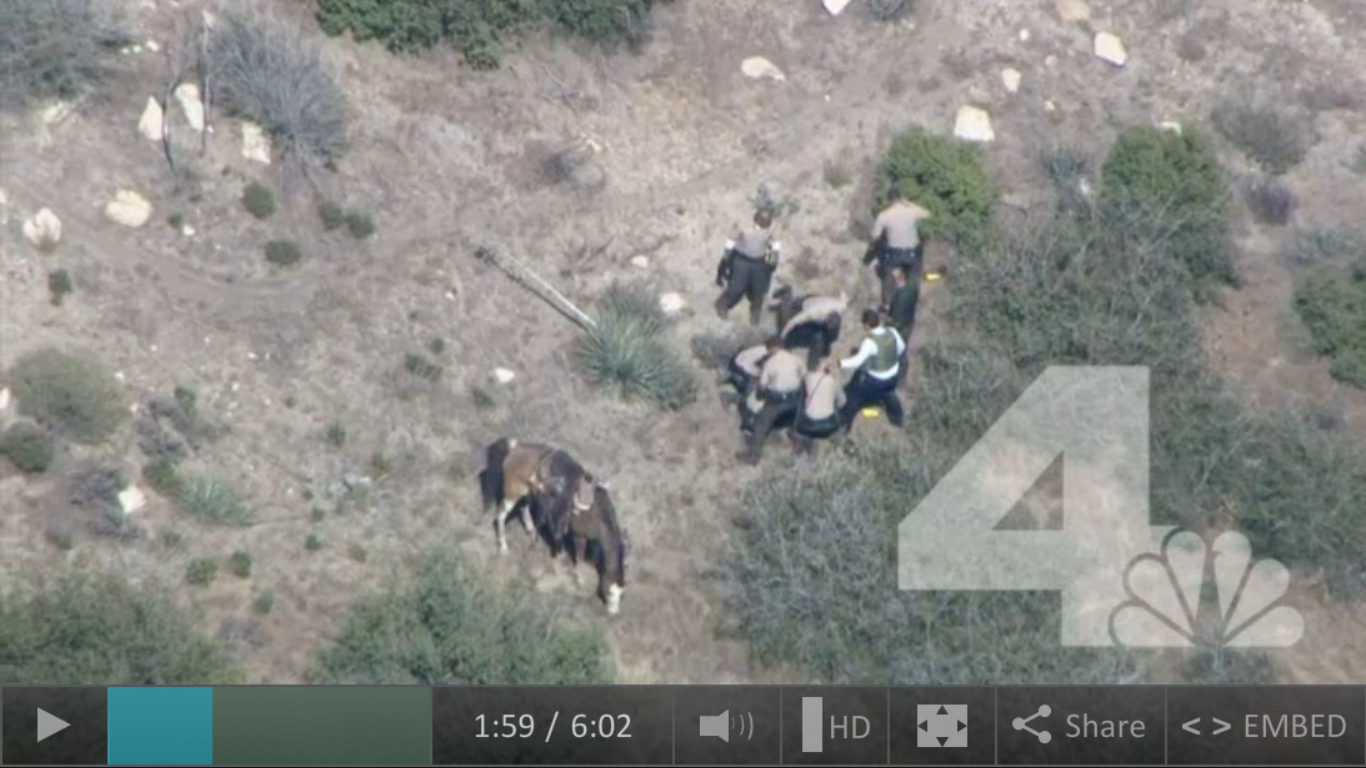 What we are seeing are cops becoming jury, judge and most of time, executioners or in this case punishers. That's not their job last time I check. But, this has been going on for decades and decades. Now, with more cameras, we are seeing the horrors. If nothing else, taxpayers must rise up in defense of their own pocketbooks if they don't want to criticize the police or think that it was a "good arrest". For lawsuits follow cowardly, pathetic crap like this and tens of millions, if not more, have been paid out to victims of these brutal acts and murders. And it isn't these POS cops paying the lawsuits, it is YOU!

UPDATE
KNBC/Los Angeles has included an interview with the beaten man on their website. Link below.

Posted by Rod Harrel at 6:10 PM No comments: